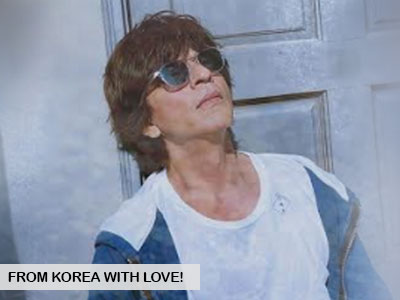 Even if his recent films didn’t quite make a mark, Shahrukh Khan has some other plans on board. Apart from being a fantastic actor, he is quite popular as a film producer. After bankrolling the critically-acclaimed Badla starring Big B and Taapsee, and a famous web series, SRK is about to do the same for his next project too.

As per the latest buzz on the grapevine, Shah Rukh Khan has officially bought the rights of a Korean film – A Hard Day. After watching the film, it has been love at first sight for the actor. So much that it has eventually got him to work on its Hindi remake. There’s speculation that we may not see him as the lead in this film. Till then, stay tuned for more deets!

Thanks again @karanjohar for The Dust of Gods jacket. Will never be able to match your Fashionista sense of style…but trying….( somebody get me my heels!! )

According to a source, “Shah Rukh and his team really loved watching the Korean thriller ‘A Hard Day.’ So much so that he got his team to buy the Hindi adaptation rights for the film at a good price. If all goes well, his production house Red Chillies Entertainment will be making the film soon.”

Meanwhile, King Khan is all set to produce Bob Biswas, a prequel to Kahaani. Starring Abhishek Bachchan in the lead role, the film is scheduled to be released in 2020.