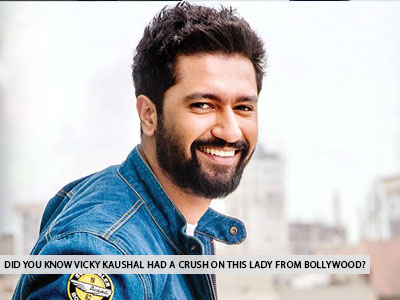 No second thoughts about Vicky Kaushal being one of Bollywood’s most admired actors, right? We mean, he is good looking, possesses some impeccable acting abilities, and is a complete charmer. He single-handedly makes every woman’s heart skip a beat and is always such a treat to watch. He managed to do that in his recent release Bhoot Part One: The Haunted Ship as well.

Off late, like many other actors in the industry, the actor has been quarantining at home and staying safe. During this time, he did a fun Q&A with his fans on Instagram where he answered a fan question and made a huge revelation. The question asked to him was about his first crush in Bollywood. His answer to this was a picture of himself with Madhuri Dixit Nene from the sets of a dance reality show. All smiles for the camera isn’t this picture too adorable? The Manmarziyaan actor is clearly smitten by Madhuri Dixit Nene. Many in the industry seem to be mesmerized by her and this also reminds us about the time when we spoke with starstruck Ranbir Kapoor about his experience shooting with Madhuri Dixit in ghaghra from Yeh Jawaani Hai Deewani! 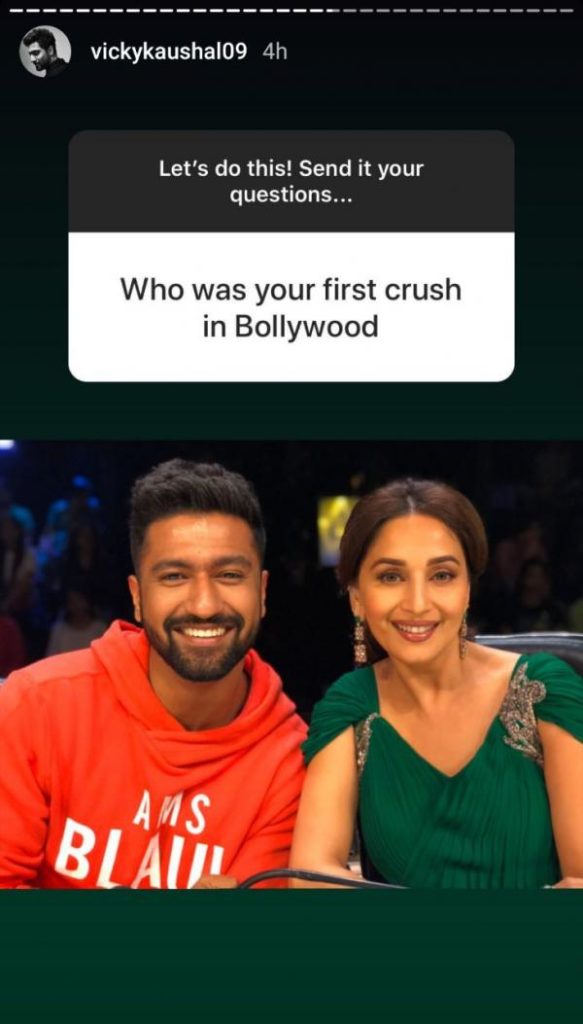