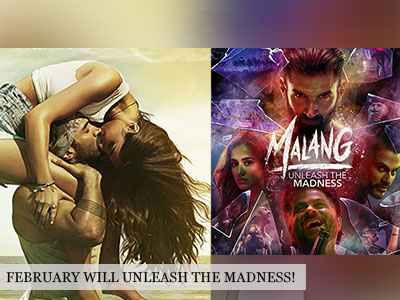 We all remember and love David Dhawan’s Judwaa, starring Salman Khan, that release back in 1997. Two decades latest, the ace director has decided to bring back the magic with a remake to the film, Judwaa 2.

What’s more? The film maker has decided to cast his son Varun Dhawan to play the lead. With Jacqueline Fernandez and Taapsee Pannu as the love interests of the judwaas.

There has been a constant buzz about the movie ever since the announcement of the movie was made and Varun chose to share the first poster of the movie a few days ago, to honor his father on his birthday. While we were excited to see the poster, we could not wait to watch the trailer of the movie.

Well the Dhawan sure know how to keep their fans happy. Earlier today, the film maker decided to release the movie trailer and give us a glimpse of what we are in for with the movie. True to his work the movie is a remake of the original. The trailer showcases some of the most iconic songs and scenes from the original, with a modern twist, which is sure to take you on a walk down memory lane.

With Vivan Bhatena as the villain and Anupam Kher will be seen playing the role of Jacqueline’s father.

All in all the movie trailer of the movie has brought back sweet memories of the original movie and we cannot wait to watch the Judwaa 2 magic.

You can check out the trailer below. As Arjun Kapoor and Shraddha Kapoor’s upcoming flick Half Girlfriend’s release day is getting closer, there is a buzz of excitement among the masses over the fresh pairing. The trailer of the movie, based on Chetan Bhagat’s novel with the same title, has left people wanting to know more about the movie and their characters.

While we all eagerly await the movie’s release, Arjun Kapoor announced the release of another song from the film today, “Thodi Der”.

Cherish the moments you love the most! #ThodiDer Out Now (Link in bio) @shraddhakapoor

The song begins with an interaction between the lead characters talking about their dreams. While the lyrics, sung by Farhan Saeed and Shreya Ghoshal, are the perfect blend of romance and dreams, the video is filled with equal amounts of romance and young enthusiasm. Check it out here.

What do you think of the song? Tell us in the comments below.