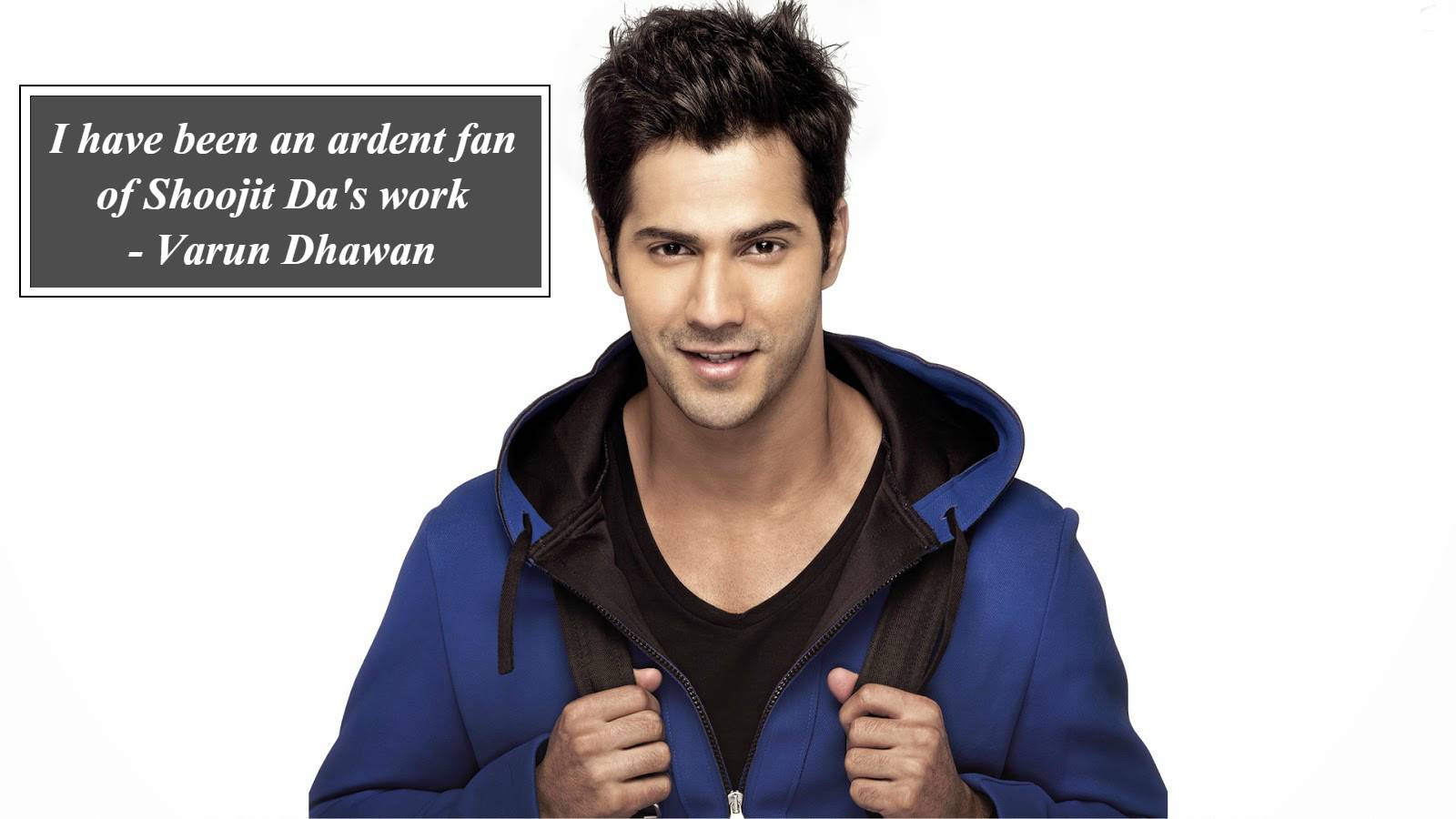 Varun Dhawan, who is currently busy shooting for the movie Judwaa 2 with his father David Dhawan, has apparently bagged a role in Shoojit Sircar’s next project. The star took to Instagram yesterday to share his excitement about working with the ace director on his upcoming project titled 'October'.

I have been an ardent fan of Shoojit da's work and have always wanted to work with him. The film is titled October. Soojit da Ronnie and Juhi have always made good cinema Im very lucky to get a chance to work with them.

The movie will be written by Juhi Chaturvedi who had also written movies like Vicky Donor and Piku for the director. The duo will start working on ‘October’, September onwards. The movie is supposed to be a slice of life love story that will speak to the masses.

This will be the first movie together for Varun and Shoojit and here’s how Varun expressed his excitement, “I have been an ardent fan of Shoojit da's work and have always wanted to work with him. October is a beautiful story in which I play a character with many layers. It's a difficult character to play. I just want to surrender to my part and show people a new side of me. Shoojit da, Ronnie (Lahiri) and Juhi have always made good cinema I feel I feel grateful to join their team.”

Shoojit, who has directed movies like Vicky Donor, Piku and Madras Café, has also produced Amitabh Bachchan’s Pink and is now looking forward to working with Varun. Here’s what he had to say, “It is a genre that I have always wanted to delve in. While love and romance have been entwined with Indian cinema, there is abundance in that emotion that everyone can have their own interpretations of. Juhi and I have always tried to create stories from the reflections of real life moments that we see around us. October is another effort to explore those moments out of simple situations of life.”

While we cannot wait to see Varun Dhawan is a whole new character, we are excited to hear about the new collaboration. Akshay Kumar’s upcoming movie has been in the talks for some time now due to its funny posters and unique concept. Told to be a satirical comedy, the movie is based on PM Modi’s Swachh Bharat Abhiyan and sheds light on the sanitary conditions of the rural areas.

After what seems like a very long time, the much-anticipated trailer had been released a few days ago. While we got a glimpse of the characters we were left wanting more. The producers decided to share a little treat with their audience.

The lead actor, Akshay Kumar took to Instagram this morning and shared the first look of the song Hans Mat Pagli.

True to its title and the theme of the movie, the song is a romantic song. It is a sweet simple song that focuses on Akshay’s character’s emotions and love for his leading lady. The director has tried to capture the simplest form of love and affection through the song and lyrics. Check out the song for yourself.

Did you love it as much as we did? Akshay Roy, the director of the film has been an assistant director on films like Namesake, Water and Lakshya, since a film is a narration of a director’s experiences we can see his tutors in his work. There is old school romance, 90’s tape recorder, Kishore and Rafi’s songs from the 70s and 80s, childhood love, beautiful homes, sweetly fighting parents, and everything that belongs to the 90s.

A writer of horror novels by the name of ‘Chudail ki Choli’ etc has to write a love story but cannot meet the deadline. He falls back on his real life unrequited love and in the process relive it. The girl, Bindu, is funny and fickle and constantly falls in and out of love. She is a dangerous girl for the choice of marriage clearly, but love is blind you see.

In the beginning, the sweetness of the film grips you, it flows like a breeze, the characters seem so familiar, lead pair looks great together, their friendship and puppy love is engaging and endearing. Cinematography by Tushar Kranti Ray is stunning; it shows erstwhile Calcutta’s beautiful warmth and charm without being overtly stereotypical. The time that the movie is set in is clearly not 2017. People use typewriters; make an STD call from a public booth and love in 90’s style. At the same time the narrative is very youthful. People from all walks of life will like the film especially the youth. In a scene, Bindu says to Abhimanyu, “Tu mera Chhat wala Kamra hai ( In which she went to wipe away her tears), Abhimanyu replies, “Ab to rent dena shuru kar de” This as he had proposed marriage to her. It’s clearly a fun film but writer Supratim Sengupta and editor Shweta Venkat Mathew did not know where to withhold their expansionist tendencies. The film took too long to come to a happy or sad or whatever conclusion.

Beyond a point everyone likes logic and in this film Bindu’s unpredictability sounded illogical.

At a point I thought it was director’s own recount of his adolescence experiences which he wanted to relive. Pun intended.

The film is introspective in nature and will surely make you go down the memory lane. It will make you smile, laugh, cry or simply retrospect. But at the same time, it’s a bit too long a narration.