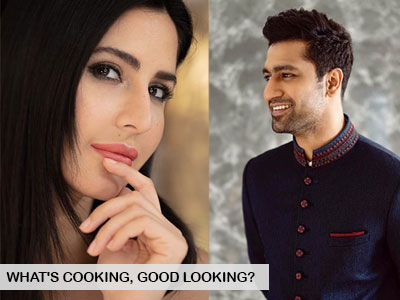 From Farhan Akhtar-Shibani Dandekar to Arjun Kapoor-Malaika Arora, their relationship status literally took the nation by storm. Keeping up with these power couples, here’s a new Bollywood jodi that is the talk of Tinseltown.

As per recent media speculations, Vicky Kaushal and Katrina Kaif are on the radar for their rumored relationship. What sparked the dating rumors are their public appearances that one cannot miss. With this alleged link-up, paps make sure to never miss an update on what’s brewing between them. Fans have completely set their hearts on this adorable couple by giving a cute nickname- #VicKat.

Amidst this juicy gossip, Katrina Kaif even stepped out to support Sunny Kaushal’s upcoming web series, who FYI is Vicky Kaushal’s brother. Interesting, isn’t it? Though their relationship is yet to be confirmed, we are already crushing over this jodi. How about you?

The news got bigger when Vicky’s close friend spilled the beans on their relationship. The source quoted, “They like hanging out but they don’t get a lot of time given that both have busy schedules. But it’s very early for them to declare anything. It’s very new and they’re still seeing where it goes.”

On the other hand, Katrina Kaif is busy prepping up for Rohit Shetty’s Sooryavanshi opposite Akshay Kumar. While Bollywood’s heartthrob Vicky Kaushal has a busy schedule ahead of him with 3 BIG films in the pipeline – Sardar Udham Singh, Karan Johar’s Takht and a horror thriller Bhoot – Part One: The Haunted Ship.