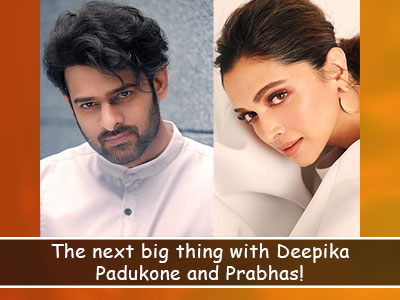 The weekend that went by was surely the bearer of some exciting news! Yesterday, Bollywood’s reigning queen Deepika Padukone and the mega star of Bahubali – Prabhas took to Instagram to announce the arrival of their next untitled film. Directed by Nag Ashwin, the film is a science-fiction one and comes across as nothing but promising! Not only that, Deepika Padukone and Prabhas are coming together for the first time and their fans obviously cannot keep calm.

The official twitter handle of Vyjayanthi Movies tweeted, “Deepika Padukone, welcome on board! Thrilled to have you be a part of this incredible adventure.”

Deepika Padukone, welcome on board! Thrilled to have you be a part of this incredible adventure. #Prabhas @deepikapadukone @nagashwin7#Prabhas21 #DeepikaPrabhas pic.twitter.com/PLdgPT6igz

Taking to Instagram, Deepika padukone herself shared the news with her fans and expressed how thrilled and excited she is!

We’re really looking forward to this power duo coming together. This untitled project is all set to go on floors in April 2021! Tell us how excited you are in the comments below. We’d love to know!

Times are tough and everyone is looking out for something interesting to keep themselves busy. While many are busy spending time at home with family, others are finding their solace in engaging themselves in finishing pending work due since ages. Deepika Padukone is one such person finding her peace in the latter. If you go through her Instagram feed, you’d see how she has titled his phase as a season and each day is an episode. Here’s what she’s been upto!

Season 1:Episode 1 Productivity in the time of COVID-19!😷 #cleaning #wardrobe

Season 1:Episode 2 Productivity in the time of COVID-19!😷 #selflove #selfcare

Season 1: Episode 3
Because catching up with friends is never a bad idea, is it?

Season 1:Episode 3 #drinkjuice #eatfruit Productivity in the time of COVID-19!😷

Season 1:Episode 4 One Two…ChaChaCha Productivity in the time of COVID-19!😷 #exercise

Season 1: Episode 5
All we’d say after reading the caption is ‘oops’

I regret to inform you that Season 1:Episode 5 stands cancelled because @katrinakaif stole my idea!Hmmff!!!😤🤷🏽‍♀️🤣🤣🤣 #PlagiarismInTheTimeOfCovid19 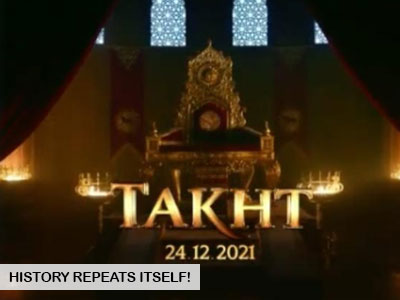 Whenever a film is under the banner of Dharma Productions, the buzz created around it is nothing but organic. This is because of the one and only Karan Johar who promises to smash the box-office records. From Kuch Kuch Hota Hai, Kabhi Khushi Kabhie Gham to Student Of The Year franchise, his films become classics. Adding to this list is his new magnum opus Takht and it’s already winning hearts.

We have completely set our eyes on the teaser of Takht that the makers launched a little while back. With a vacant throne and a gripping voiceover, the gloomy setting has left us with a mystery. Trust us, the majestic backdrop can take you back in time. Speaking about the plot, the movie revolves around the historical rivalry between Aurangzeb and his brother Dara Shikoh. Along with producing the film, Karan Johar is also directing this period drama. We cannot wait to see him as a director again after Ae Dil Hai Mushkil.

As the film’s shoot is in the pipeline, the director-producer officially announced the film’s release date i.e. 24th December 2021. The film features Ranveer Singh, Kareena Kapoor Khan, Alia Bhatt, Vicky Kaushal, Bhumi Pednekar, Janhvi Kapoor and Anil Kapoor in the lead roles. Woah! With such a fab cast, we are thrilled to witness this multi-starrer affair. What about you?