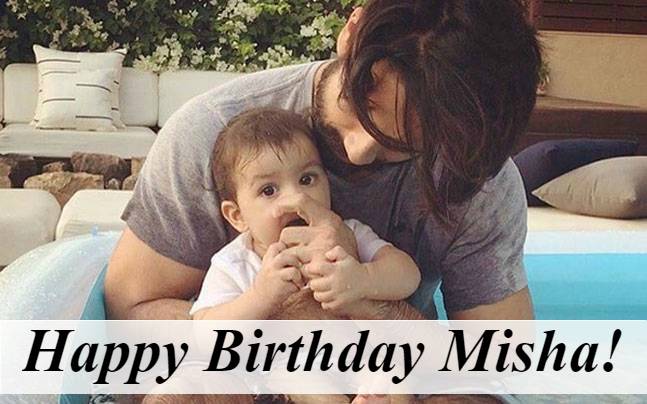 Shahid Kapoor and Mira Rajput’s daughter Misha Kapoor became a celebrity overnight ever since she was born. While her parents wedding was a big piece of gossip, it was nothing in comparison to the birth of baby Misha.

While every news channel tried to get a glimpse of the little angle, her parents made sure she stayed away from the public eyes in every way possible, until they decided otherwise. Shahid Kapoor did take to Instagram a few months after her birth to share his pride and joy with the world.

Today, this little celebrity had turned a whole year old and we could not resist going through some of her old pictures. So here are some of the pictures by papa Kapoor that prove how big she has grown in the past year.

Sunsets with my angel.

RepostBy @mira.kapoor: "Moo Moo here and a Moo Moo there"

Stars at her feet. #causeyouareaskyfullofstars

Wish her a very happy birthday in the comments below. With the IIFA awards just two days away, the celebs are all making their way to New York. Once such celebrity was Shahid Kapoor. He was captured last night, on his way to New York with wife Mira Rajput and yes his beautiful daughter Misha Kapoor.

While Shahid was spotted at New York in Casual demins while Mira was in a minimalistic yet classy jacket. But their little bundle of joy was the one who caught everyone’s eyes. The little cutie was as usual wrapped up in her daddy’s arms. And what’s more, she is starting to look more like her father every passing day.

Shahid Kapoor will be performing at the IIFA this year and we are super excited to see him on stage. Check out some of the pictures from their arrival.

All wrapped up in her father’s arms, away from the eyes of the media.

Looking as cute as a button

We can all agree that Misha is a little star in the making and is definitely a celebrity.