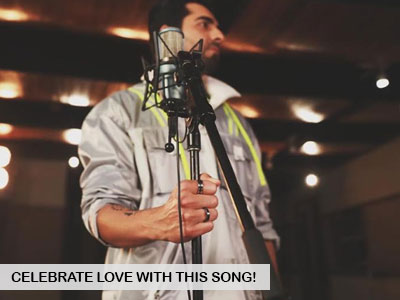 Looks like Ayushmann Khurrana is on a winning spree. Apart from being a fab actor, he raised the bar high in the music industry too. From Paani Da Rang, Nazm Nazm to Saadi Gali, we are still swooning over his previous hit tracks. Just like these songs, here’s a new song by the one and only.

We’ve set our hearts on a romantic track Mere Liye Tum Kaafi Ho from Shubh Mangal Zyada Saavdhan. Trust us, the song can make you fall in love all over again. The couple’s chemistry is mesmerizing just like the song, isn’t it? The song is sung by the actor himself and is composed by Tanishq Bagchi-Vayu. As Valentine’s Day is around the corner, the song contributes towards setting the mood right.

P.S Ayushmann Khurrana’s nose ring is the real treat for our eyes!

If you haven’t watched it yet, here’s the chartbuster for you-

Speaking about the song, the actor-singer says, “Mere Liye Tum Kafi Ho is conversational and at the same time, takes the narrative forward.”

Helmed by Hitesh Kewalya, the rom-com is scheduled to hit the silver screens on 21st February 2020.

We cannot stop playing this track on loop. What about you? 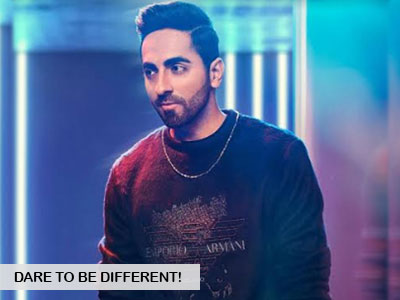 After delivering back-to-back hits, Ayushmann Khurrana is definitely on cloud nine. From  Shubh Mangal Saavdhan, Bala to Vicky Donor, he entertains us with a powerful message with it. Breaking stereotypes with his films, he blatantly opts for an unconventional story over a commercial one. That’s what makes him stand out from the crowd. <3

Ahead of Shubh Mangal Zyada Saavdhan’s release, the spectacular trailer itself created a lot of buzz. Essaying the role of a gay character is not as easy as it looks. On the same note, here’s what Ayushmann Khurrana has to share.

In a recent interview, he made a shocking revelation on the criticism received over his film’s character. The national award-winning actor confessed, “Doing ‘Shubh Mangal Zyada Saavdhan’ was one of the most important decisions of my life. A lot of people from the industry asked me to re-think this because no leading hero has ever portrayed a gay man on screen. But I knew, this stereotype needs to be shattered and the time to change it is now. I somehow knew I had to do it and take the plunge.”

Speaking about the social issue through a film, he further clarifies, “I have a free pass to do all things different and quirky and I wanted to raise nationwide awareness on the taboos linked with the LGBTQ community at large. I was sure that we have to make ‘Shubh Mangal Zyada Saavdhan’ as a full family entertainer that brings a smile to people’s faces, to spread the message of the film to as many people as possible across the country and I’m thrilled with how the movie has shaped up.”

It looks like, the goodness runs in the Khurrana family. We’ve set our hearts on the actor’s 8-year-old son. When Tahira Kashyap asked him about homosexuality, his response to it was truly out of this world. He is clearly setting an example just like his father, isn’t he?

With the upcoming film the dad is doing, I wanted to be forthcoming with my 8 year old son. I asked him if he knows what homosexuality means or being gay means. He knew it. I asked him if he was ok with it. He replied…what’s there not be ok about. (Teary eyed and proud) 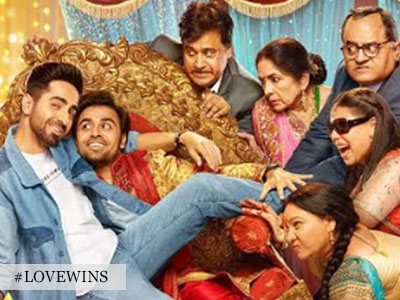 Ayushmann Khurrana is one such Bollywood actor who is always ready to narrate a whole new story when it comes to his films. After delivering blockbusters like Dreamgirl, Bala and Article 15, the actor is back with a cutting-edge story yet again which only promises unlimited entertainment.

The wait ended when makers dropped the trailer of highly-anticipated film Shubh Mangal Zyada Saavdhan. Essaying the role of a homosexual, Ayushmann Khurrana along with his co-star Jitendra Kumar showcases the real struggle behind gay marriage. From confessing their love to each other and then letting the family know, this mind-blowing trailer has it all.

Before the trailer launch, the superstar also shared a couple of quirky posters which became the talk of the town.

With all the drama revolving around this gay couple, we love how the film has a comical spin. Apart from the lead actors, the film also features Neena Gupta, Gajraj Rao, Maanvi Gagroo in the lead roles. Written and helmed by Hitesh Kewalya, Shubh Mangal Zyada Saavdhan is set to release on 21st February 2020.