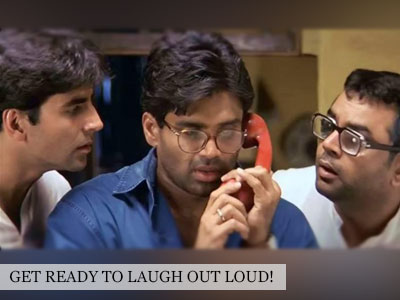 Hera Pheri 3: Raju, Shyam and Baburao entertained us to the fullest in the Hera Pheri franchise. From Baburao ka style hai to pacchis din mein paisa double, their epic punchlines gave us a good dose of laughter. After 20 long years, Suniel Shetty reveals that the film’s 3rd installment is on the cards.

Yes, you heard that right! The actor has confirmed the much-awaited Hera Pheri’s third sequel. We are over the moon as our favorite trio is ready to reunite in this timeless classic. What’s more? The film has got itself in the pre-production phase. 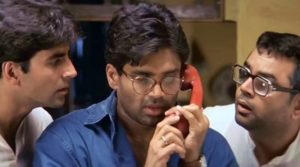 In a recent interview, Suniel Shetty revealed, “I don’t think it’s not happening. It’s still there, very much alive and it will happen with the three of us because we are very very keen. Things have to be sorted out and they are. So we’re definitely doing it.”

The iconic film is already a blockbuster, isn’t it?