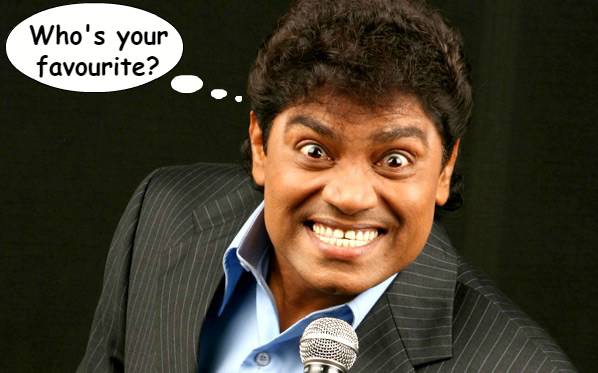 Unlike any other genre, comedy has always been one of the hardest to master. Making people laugh is not easy, especially on screen. Bollywood movies are a mix of drama, thrillers, romance and action but the one thing that remains constant is the presence of comedy.

While we have witnessed a great many actors in our time, these 10 comedians have always managed to make us laugh our hearts out with their perfect punchlines deliveries and their comedy timings. Check out the list below.

From movies like 3 idiots to Lage Raho Munnabhai, this ace actor has demonstrated his comedy skills on every occasion. From diverse character and their demanding accents, Boman has never shied away from a challenge. This makes him one of the greatest comedians we have seen.

This veteran actor has been a cherished source of entertains for Bollywood lovers for the past 46 years. While he has masters an array of characters, he has done an exceptional job at comedy and made people laugh and love him for his characters.

Paresh Rawal does not require any introduction. From being Baburao in Hera Pheri to Dr. Ghungru in Welcome, he has managed to make us fall in love with every single one of his characters so far.

We can all agree that Johnny Lever is the God of Bollywood comedy. Whenever Bollywood comedy is mentioned, our minds go straight to him and the gazillion ways he has made us laugh till date. No movie of his can ever grow old on us.

Don’t go on his size, this actor may be a small package but he is definitely here to spread the explosion of laughter and fun all around. He does not shy away from unconventional character and bring them to life with his realistic performance.

Asrani rose to fame with his comical role in Sholay. He has been in several movies ever since and make our funny bones tickle with his humor.

He started out in Bollywood after being noticed by Dilip Kumar for his work and has been unstoppable ever since. For years now, the veteran actor has rules the world of comedy with his amazing acting skills and humorous roles.

He is very well known for his roles in the Golmaal series and has remained one of the favorites there on. There isn’t a character he has played and not just justice to. His ability to give the characters his personal touch is remarkable.

This list would be incomplete without Razzak Khan featuring on it. He has provided us all with an unlimited supply of jokes through his movie roles.

No we are not referring to the Scottish liquor brand but the actor who was named after it. Badruddin Jamaluddin Kazi a.k.a. Johnny Walker, has been ruling the silver screen of Bollywood comedy for ages now. Better known for the songs like Sar Jo Tera Chakraye and Ai Dil Hai Mushkil, he has been an all-time Bollywood Favourite.

Who was your favourite?