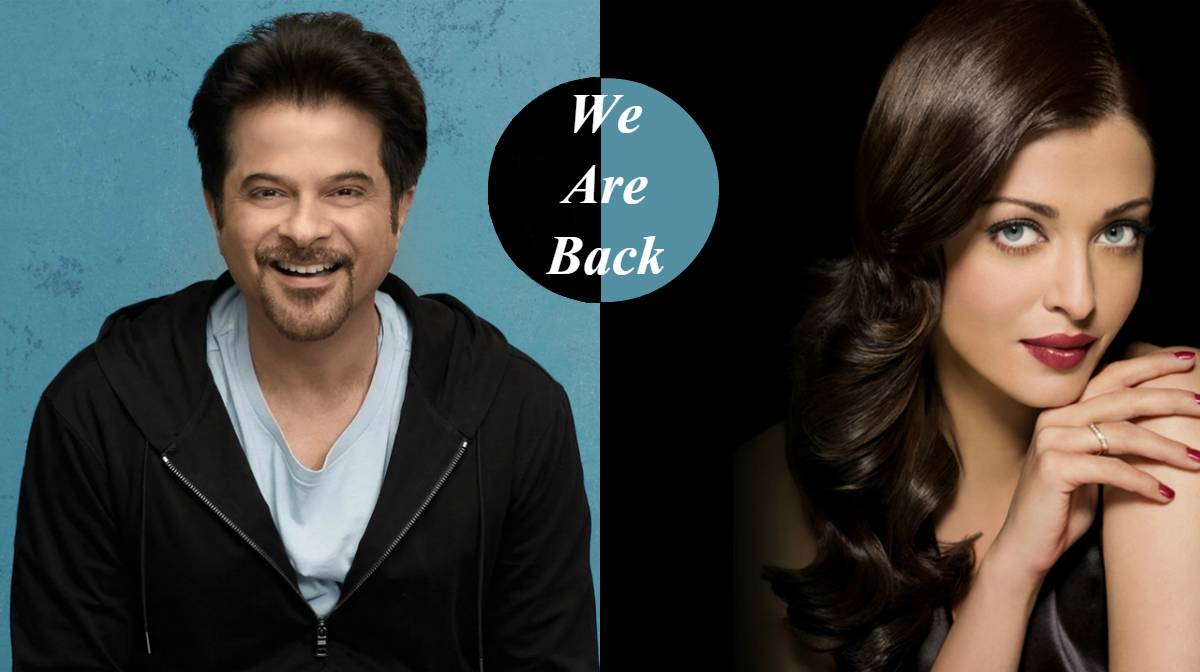 The last time Aishwarya Rai and Anil Kapoor were on the silver-screen together, Bollywood received two amazing movies like Taal and Hamara Dil Aapke Paas Hai.

Now, almost two decades later, the two ace actors of Bollywood are gearing up to start shooting together in the movie Fanny Khan. The movie is scheduled to release in April next year and the stars will start shooting for the same in August, this year.

Anil Kapoor also spoke about the movie saying, “It has a fantastic script. It's a musical. I am really thrilled to be part of the film. It's the first time that I am playing a character whose name is Khan.”

The actor had also shared the movies first look back in July, last year.

This #Eid, we begin a new transformation…#FanneyKhan & I embark on an exciting journey today! @RakeyshOmMehra pic.twitter.com/gkBqi2p34F

Aishwarya was last seen in the movie Ae Dil Hai Mushkil, while Anil Kapoor’s latest movie Mubarakan is schedule for release on the 28th of this month.

We are super excited to see the duo take the silver screen by storm once again. 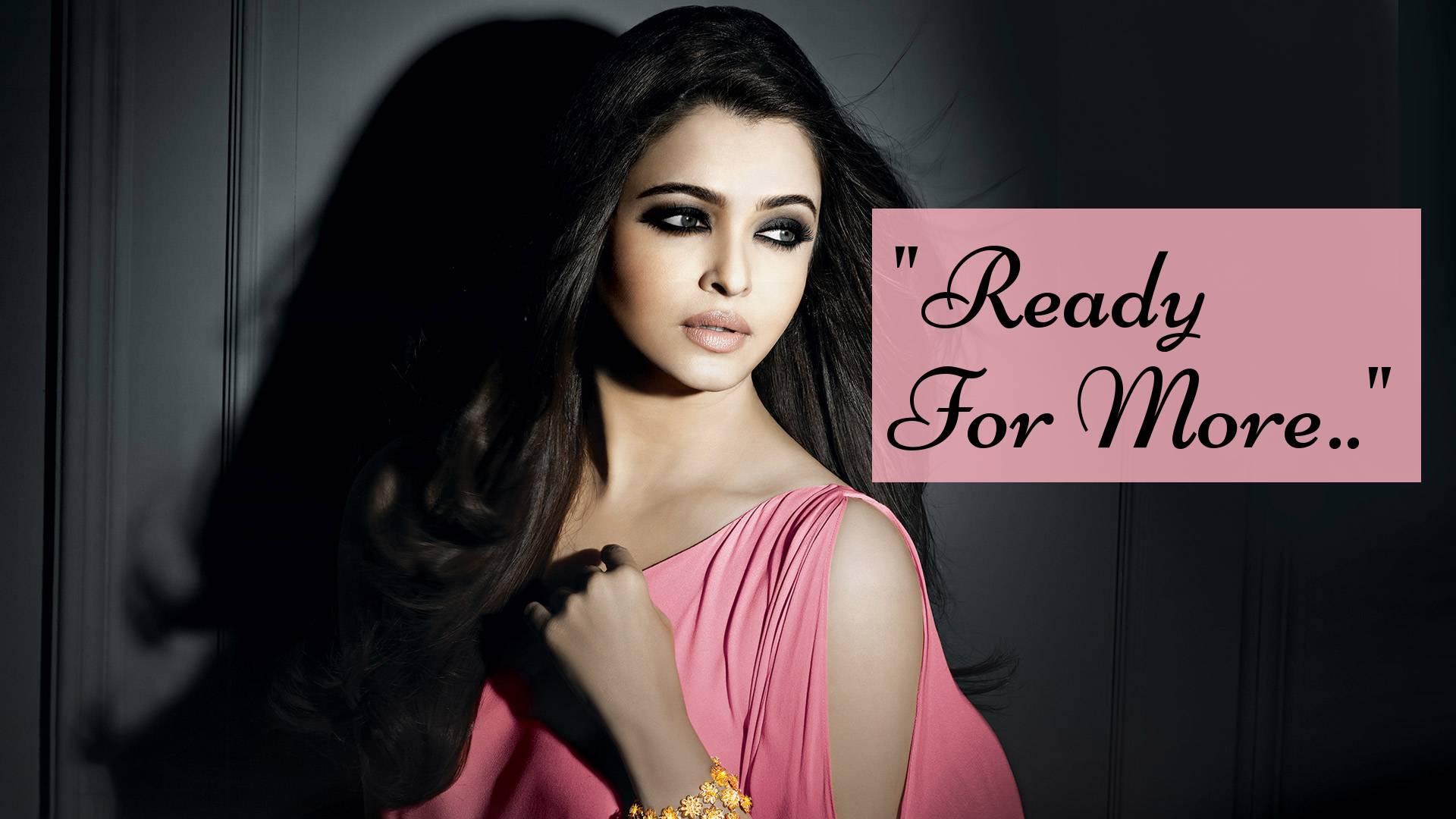 Aishwarya Rai Bachchan recently slayed at the Cannes Red Carpet, proving that she has still got it in her to turn heads! The actress also appeared in the movie ‘Jazbaa’ after a five year break and then went on to do two other movies, ‘Sarbjit’ & ‘Ae Dil Hai Mushkil’.

We’re sure people want to see a lot more of her on the silver screen and this latest news will definitely make her fans happy. Aishwarya Rai Bachchan is all set to star in filmmaker Rakeysh Omprakash Mehra’s next movie, reportedly. She will be starring opposite Anil Kapoor. The duo will be seen on-screen together after a long gap, having worked together in films like ‘Humara Dil Aapke Paas Hai’ (2000) and ‘Taal’ (1999).

"Aishwarya is part of Rakyesh Omprakash Mehra's film. It's a drama. It's his kind of cinema," revealed a source. The movie is expected to go on floors by the end of this year.

Rakyesh Omprakash who has helmed films like ‘Mirzya’ and ‘Delhi 6’, is currently working on ‘Mere Pyare Prime Minister’ that tells the story of friendship between four kids living in the slums. The Cannes film festival which is held annually in the city of Cannes located on the French Riviera is the world’s most prestigious film festival where some of the biggest celebrities show up to for a 12-day extravaganza, celebrating some of the year's most anticipated cinematic releases. The glitz and glamour level of the festival is unmatched and every year, people wait with bated breath to see their favourite celebrities bring their A game on the red carpet!

The Cannes red carpet has become home to a cavalcade of dazzling looks and that is why we are proud that some of our favourite Bollywood divas have become a huge part of it over the years and walked alongside some of the biggest celebrities from the world! The 70th annual Cannes film festival has been nothing short of amazing and our desi girls totally slayed at the red carpet with their stunning look.

Aishwarya Rai Bachchan has been a regular at Cannes for over a decade now and each time she has swept us off our feet with her glamorous appeal! This year was no different and she looked stunning as ever, proving that she is the reigning Queen of Cannes, without a doubt.

Deepika Padukone absolutely slayed as well, making it to the some of the international best-dressed lists and Lady Gaga herself giving her a thumbs up for her look.

Sonam Kapoor made her much-awaited appearance at the 70th Cannes Film Festival and she looked scintillating! She wore some spectacularly different outfits that definitely caught our eye.

What do you think of their Cannes 2017 looks? Leave your comments below! The ever gorgeous, Aishwarya Rai Bachchan was the latest to join the glitz and glamour at the Cannes film festival in France! She was accompanied by her daughter, Aaradhya, the best company a mother could ask for! Aishwarya, who has been a regular at the film festival for years showed up looking absolutely chic while her daughter, Aaradhya looked too adorable for words!

Aside from walking the red carpet, Aishwarya Rai Bachchan will also attend the brand's Paris Open Air Cinema event. Her film 'Devdas' will be screened on May 20th.

Aishwarya Rai Bachchan and daughter, Aaradhya were spotted leaving for Cannes at the Mumbai airport.

A post shared by AishwaryaRaiBachchan- OFFICIAL (@aishwaryaraiforever) on May 18, 2017 at 9:20am PDT

After having arrived, she was seemingly welcomed with a bouquet of roses!

With her daughter, Aaradhya as they posed together outside their hotel in Cannes.

A stunning close-up shot of the diva!

Are you excited to see her walk the red carpet? We certainly are! Hema Malini is known as Bollywood’s Dream Girl and rightly so, given her grace and ever-green beauty. When talking about Bollywood’s beauty, Aishwarya Rai Bachchan’s name is not far behind.

Hema Malini and Aishwarya Rai Bachchan were recently at the Dadasaheb Phalke Awards to receive their awards in the category of Kala Shree and best female actress, for her role in Sarabjit, respectively.

After the award function, an incident with Aishwarya left Hema Malini in awe of the actress. Here’s what the dream girl had to say about our former Miss World. “After the ceremony was over, I was waiting for a while for my car to come. I guess the driver had parked it some distance away, and it took him some time to reach me. I realised that Aishwarya was just standing there with me, refusing to leave. When I asked her, ‘Why are you still here?’ she replied, ‘Aapki gaadi aane do. I will leave after that.”

Hema Malini as expected was deeply touched by her concern for the veteran actress and had the sweetest thing to say about Aishwarya. “The way Aishwarya kept her company and also kept the over-enthusiastic fans under control… Now who’d do such a thing? It shows that there’s a lot of respect and regard for me. I don’t know if everyone in the industry is like her, but there are people who, just like Aishwarya, understand and give due respect to those who are senior to them. I don’t think it’s right to say that everyone is the same.”

What do you think of Aishwarya’s caring gesture?