Kartik Aaryan Relationship: Kareena Kapoor Khan is gearing up for her upcoming film Good Newzz alongside Akshay Kumar, Diljeet Dosanjh and Kiara Advani. The multi-talented personality is also the host of her very own radio talk show.

On this talk show, one of the guests of honour for its second episode was none other than the guy who made us fall in love with his monologue – Kartik Aaryan. The diva asked the heartthrob about his current relationship status on whether he has used any dating apps. He said,”No, I never felt the need.” To which Kareena quickly teased and claimed, “Especially now, I don’t think you should be on a dating app.” The Pati Patni aur Woh actor of course turned pink as the secret was out. 😉

Even though the duo never came out as a couple in public, Bebo subtly revealed the inside story. Rumor has it that both dated for quite some time. But this budding romance came to an end a few weeks ago.

Apart from their relationship, Kartik Aaryan and Sara Ali Khan will star in Imitiaz Ali’s next directorial Love Aaj Kal 2 which is slated to release next year. 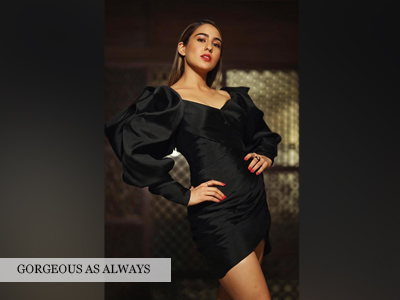 The new stunner of b-town, Sara Ali Khan is always ready to risk it all for fashion. Everyone should learn how to slay and pull off any bold look like this pretty lady. Also, the confidence that she adorns in her films as well as the fashion shoots make her dazzling sensation across the country.

The Simmba actress never fails to surprise and update us with her new fierce avatars on Instagram. Check out her major fashion moments that captured and flaunted her flawless beauty with style!

Wow! now that’s what we call a perfect blend which gives us this final breathtaking shots.

Which one was your favorite? Let us know in the comments below! 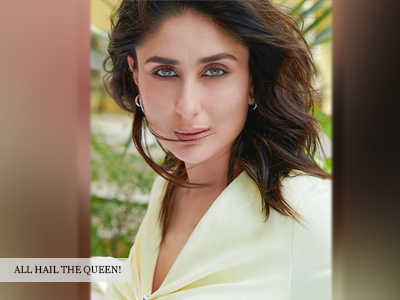 Very often it gets tough for a mother to handle everything at once.There are these media speculations, that a marriage puts an end to an actress’s career. But Kareena Kapoor Khan has proved us wrong! The level of dedication she puts in her films as well as her family, shows that she is here to stay!

Kareena Kapoor Khan has reunited with Aamir Khan after 7 years where they previously shared the screens in Talaash and 3 Idiots. The perfectionist shared the first look of their film Lal Singh Chaddha on Instagram, which is an official remake of Tom Hank’s Forrest Gump. The film is directed by Advait Chandan and produced by the actor himself, Kiran Rao and Viacom18 Studios.

Here’s what Bebo and Aamir Khan shared about their upcoming film on Instagram.
What are your thoughts about it? Tell us in the comments below. Lisa Haydon has always been very active on her social media. She has been in the news for the past couple of months due to the amazing pictures she shared, flaunting her baby bump.

The actress announced the birth of her baby boy on the 20th of May with the sweetest family picture with her husband.

After waiting for what seems like a very long time, she has finally decided to share her son, Zack Lalvani’s photo with her fans.

While the picture does not show his face completely, those lips and cute clothes tell us that he will grow up to be just as gorgeous as his mother.

Isn’t he an adorable kid? Tell us what you think in the comments below.