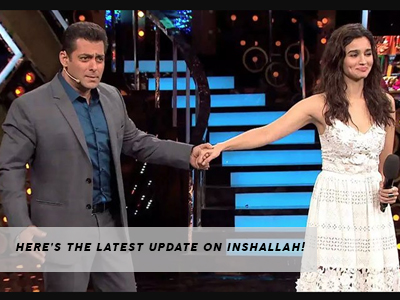 SLB’s upcoming ‘Inshallah’ starring Salman Khan and Alia Bhatt has been the talk of the town for a few months now. While Salman Khan is reuniting with Sanjay Leela Bhansali after almost a decade, this movie will be Alia Bhatt’s first with him! Going by the SLB movie format, we’ve also heard that the film, apart from Alia Bhatt will have another female lead. As per sources, Inshallah, just like Padmaavat, Bajirao Mastani, Hum Dil De Chuke Sanam will have a third lead as well and she will be a relatively young actress.

The film, however, will be led by Alia and Salman but the third lead will have a pivotal role to play too. Just like you, we’re inquisitive to know details too! Who would you want to see as a third lead? Tell us in the comments below! 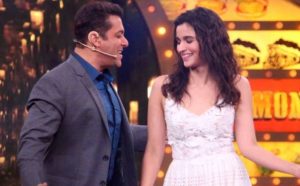